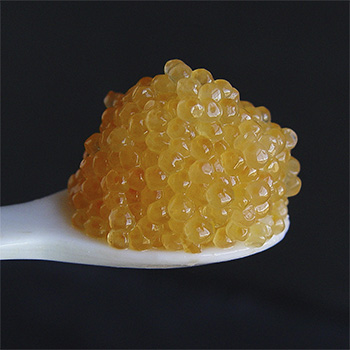 The Beginning of Caviar

Caviar was a normal part of the diet in most areas with an abundant supply of sturgeon fish long before it became affiliated with royalty. There are records dating back to 1240 AD, which show that caviar was already well known in Russia and a huge part of the Russian tradition, but it wasn't until the sixteenth century that this decadent treat started penetrating Europe and other parts as a luxurious treat for royals.

There was even a time in British history when sturgeon was only reserved for kings and the elite in that society. It was even knighted the 'Royal Fish'.

In the early nineteenth century, when Russia's first brought its caviar into the international trade arena, people the world over considered it to be a luxury item. However, the Russians were not the only ones producing this delicacy. Iran started production, and Persian caviar soon became known as the some of the best quality caviar available in the world.

There was once a time during the nineteenth century, when sturgeon was so abundantly available in America's waters that it was routinely served in local saloons as a free appetizer (and later sold for a nickel) to encourage drinking.

In 1873, Henry Schacht, a German immigrant, established a caviar business in America and started exporting to Europe. Soon others followed suit and before long, America was the largest exporter of caviar in the world (most of which was then re-imported as the more popular 'Russian' caviar).

During this time, roe became so popular and abundant that it was being served as an appetizer in most high-end restaurants in America. But, a few decades later things changed. The sturgeon in America was almost extinct thanks to overfishing. Because of this, production was halted, and that is how caviar became such an expensive, luxury treat in America.

And Caviar In Today's World

Because of the regulations limiting the harvesting and trade of sturgeon, other caviar alternatives such as farmed caviar have become increasingly popular which means that this rare and costly treat is now more affordable and accessible to a lot of people.

It's important to note that while 'caviar' is salted fish roe, not all fish roe is caviar!

The word caviar refers specifically to the roe of sturgeon fish. When the word is used alone, the implication is that the roe is from a sturgeon (regardless of where the sturgeon came from). But 'caviar' can still be used in tandem with the names of other fish species. For instance, salmon caviar, trout caviar, or whitefish caviar.

The sudden and massive jump in the price of caviar as a result of the shortage led to people seeking other alternatives. In search of new sources of domestic caviar, some companies turned to salmon roe (also known as red salmon caviar), whitefish (golden whitefish caviar), and lumpfish. These were more economical and sustainable sources compared to their imported counterparts.

The Caviar Industry Has Changed

Today, the population of sturgeon in the Caspian Sea remains as dangerously low as it was some decades ago because even with the regulation bans in place, black market trade and poaching still occur with alarming regularity.

Also, the political turmoil taking place in Russia and Iran – two of the largest caviar-producing countries, has caused the caviar industry in the US to take a giant leap forward. And it helps that there is now a wider acceptance of different types of fish roe as 'caviar'. These include hackleback, lumpfish, salmon, and trout, among others.

Together, these factors have created a larger demand for American caviar, which is considered by most connoisseurs as a solid and affordable alternative to the imported Russian and Iranian caviars’.